CraigsList used to be the #1 destination for New Yorkers looking for apartment rental deals.  Nowadays, the venue has become a minefield of pitfalls to avoid, sending wannabe tenants to StreetEasy.  Here’s a bit of a breakdown of how this wondrous list of lists works in the world of NYC real estate.

So how do you determine whether an ad is real and an agent worthy?  Here is a question-driven litmus test to guide your way:

Question:  Where is the apartment located?

Question: Tell me more about the apartment: where is it facing? what is the bathroom like?

Question: What size bed can I fit in the bedroom?

Question: When is it available?

If you do choose to conduct your own apartment search, do so with your eyes open and your expectations adjusted.  If it sounds too good to be true, chances are that it is.  Otherwise, go the broker route if you want to avoid these hassles altogether.

At least three major Manhattan landlords have decided to stop paying broker's fees on some rental properties, signaling that many tenants need to brace themselves for extra expenses when apartment shopping.

This is a shift from last year, when landlords—desperate to fill empty units—would cover the broker's fee, typically a month's rent.

But with demand for rentals rising and vacancy rates falling, some of the city's biggest landlords have notified brokers that they will no longer pick up the fee. That, of course, means renters must pay up.

"The pendulum is swinging back to a landlord's market," said Gary Malin, president of brokerage Citi Habitats. "Owners are going to do what's in their power to stop overpaying, in their eyes, to attract clientele."

In a recent email, Ogden CAP Properties LLC said it won't pay fees at several properties, including Normandie Court on East 95th Street and One Lincoln Plaza on West 64th Street. It declined to comment.

Pan Am Equities Inc., another large apartment owner, intends to stop paying the fee on June 1, according to brokers. Pan Am declined to comment.

The rental unit of Related Cos., which has about 5,000 units across Manhattan, will stop paying the fee May 31. "There has been a serious uptick in the market. We have seen across-the-board a strengthening in the marketplace," said Daria Salusbury, a Related senior vice president. Related's vacancy of less than 1%—down from about 3.5% a year ago—"is better than projected," she said.

Vacancies are low across Manhattan, which is in its peak leasing season.

AvalonBay Communities Inc. in most cases is no longer paying the fee for leases in its seven New York City communities—including four in Manhattan.

The company, with 6,900 apartments in New York and New Jersey, says the Big Apple's improvement is being felt in suburban markets: Many of its communities in New Jersey, Westchester County and Long Island, typically not big broker fee markets, have seen rental increases in recent months.

"Regionwide, market conditions have improved over a year ago," said John Christie, senior director of investor relations and research.

To be sure, some local landlords continue to cough up the fee. The LeFrak Organization, which owns about 2,500 Manhattan rentals, pays the broker fee in buildings with several units available or with larger apartments, which rent for more and can take longer to fill.

Still, LeFrak's occupancy is about 99% currently, meaning it's unlikely to have to pay out much in broker fees.

"The fee is something that comes and goes based on supply and demand," said Jamie LeFrak, a company principal. "If it makes reasonable sense to pay brokerage commissions, we'd always prefer not to cut out the broker. Keep the brokers happy because that's who brings you customers."

Not surprisingly there's some consumer resistance to renters having to pay the broker fee. Some prospective tenants won't look at properties if they are responsible for the fee.

Joining Webby nominees nytimes.com/realestate and nakedaparments.com in the New York market is urbanedgeny.com, which just launched on 14 April. The website’s focus is on simplicity: “It shouldn’t take a genius to find your perfect home,” the homepage declares.

urbanedgeny.com is only allowing listings from landlords, bypassing brokers. It is not charging for these listings or for house hunter access. The new website explains that it makes money from “value-added” marketing services for property owners and managers.

“We syndicate owner listings around the web. We build websites, we create and install signage, create and place Internet ads, and a whole lot more,” urbanedgeny.com says, before emphasising that its users are not obliged to buy these services.

urbanedgeny.com is also making use of Twitter to promote its listings. Each day at 4pm, users receive a Twitter feed of all the day’s new listings matching their desired neighbourhood and home type.

“This site gives the power back to the consumer. It allows free flow of information for a more efficient marketplace, saving owners and consumers lots of money,” said Ilana Schwartz, vice president of new business development for urbanedgeny.com.

While urbanedgeny.com is entering a market that already includes a number of established players, it says “hundreds of major landlords” are already using it to list their properties. 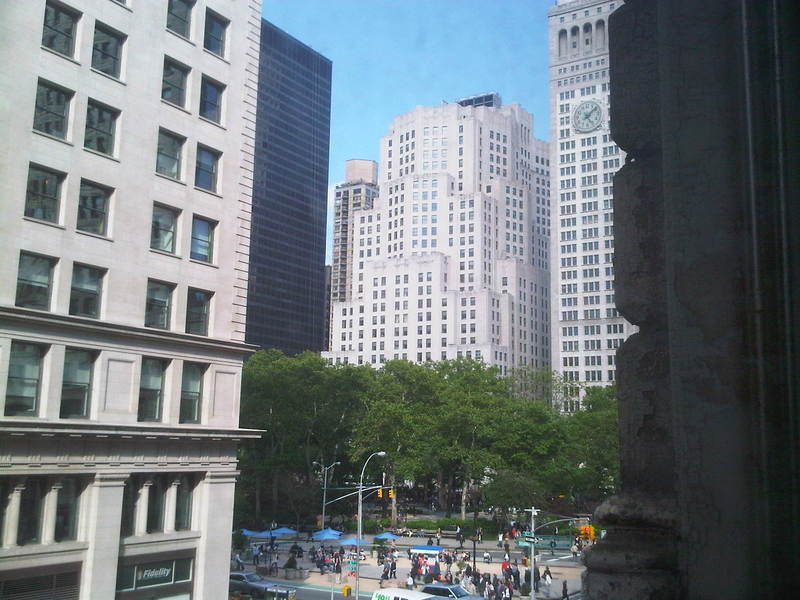 Sent via BlackBerry by AT&T