With over half of NYC Condos $5,000,000 and above purchased by anonymous shell companies, New York City has become a haven for the wealthy elite to hide their money in Manhattan real estate.  According to a stunning expose this week in the New York Times Real Estate section,  "government officials and close associates of officials from Russia, Colombia, Malaysia, China, Kazakhstan and Mexico" are taking advantage of American tax loopholes allowing billionaires to literally "house" their money in untraceable, exuberantly expensive condos.

Opaque shell companies own 57% of the condos at the Bloomberg Tower and Trump International, 64% at Time Warner Center, 69% of condos at The Plaza, 77% of the Condos at One57, sparking public fears that real estate in New York City has become an for foreign wealthy elite to hide their illicit accrual of wealth. The condo boon brings a massive influx of capital into New York City, but also pushes us one step closer to making Gotham into a billionaire's playground.

Read more on the article here:

In the late 1950s, advertising legend Bill Bernbach came up with the idea of pairing art directors and copywriters into teams. The strategy worked and DDB ended up creating some of the most iconic work of that era. Since then, the art-copy team structure came into existence at most, if not all, agencies.

They maybe working towards a common goal, but as a creative species, copywriters and art directors are not all that similar. Their differences are best highlighted on a Facebook page titled CW versus AD where Caio Pena (art director), Henrique Parada (art director) and Letícia Hanower (copywriter) share their cool, quirky illustrations on this subject. Check out 17 of their best works below. 7. The reason for our anger 12. How do we know pop culture (Finally something in common)

-via CW Versus AD 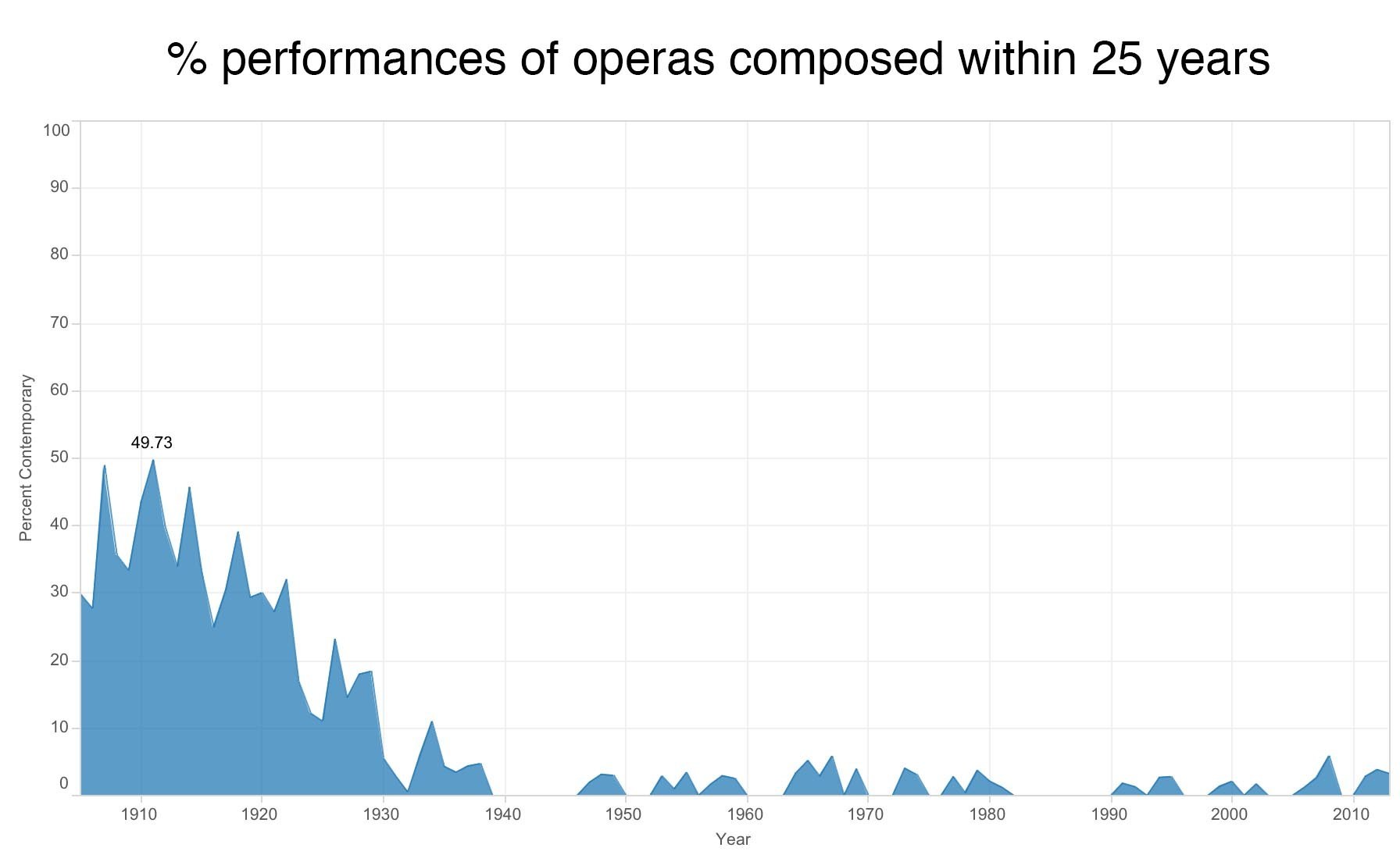 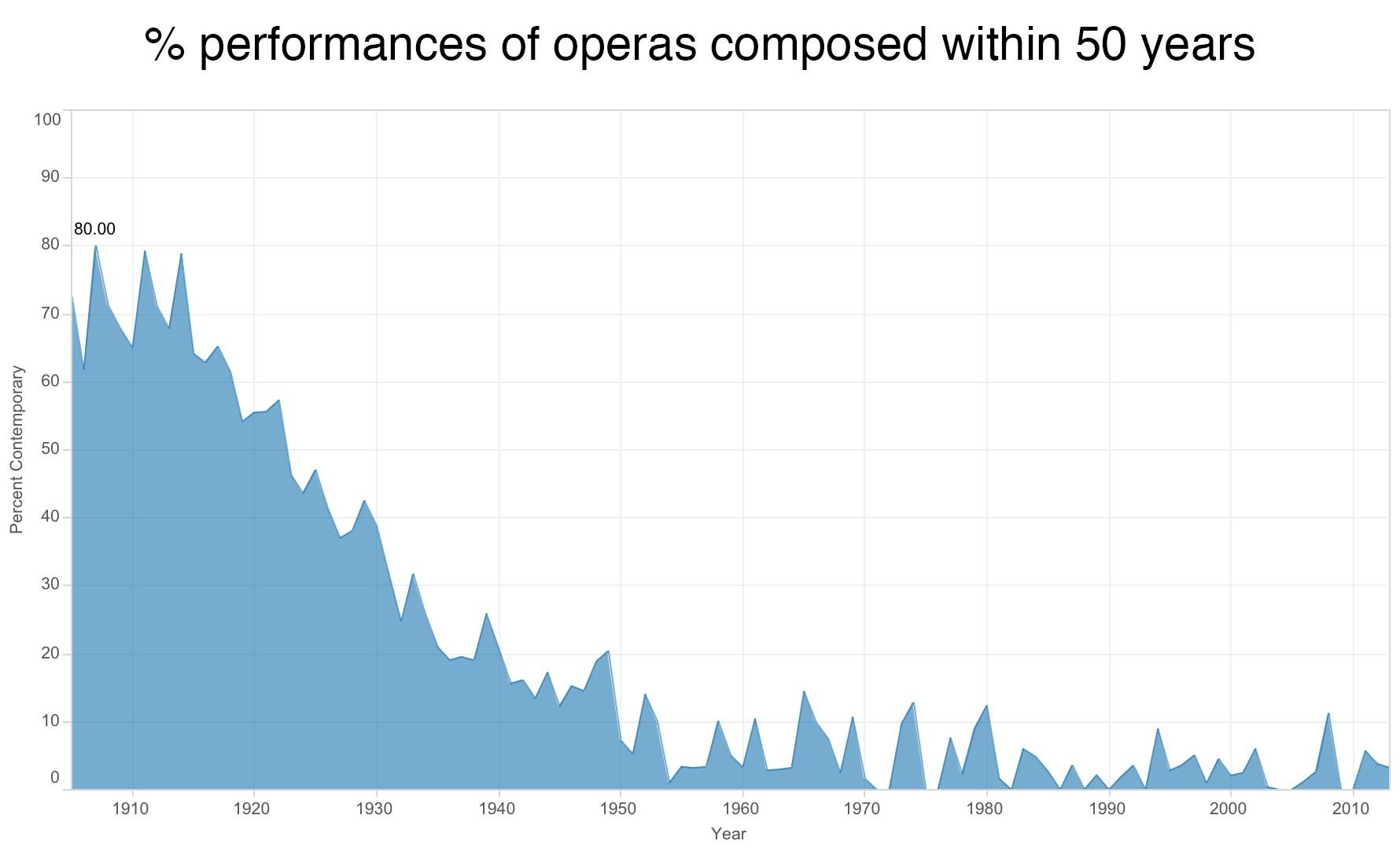 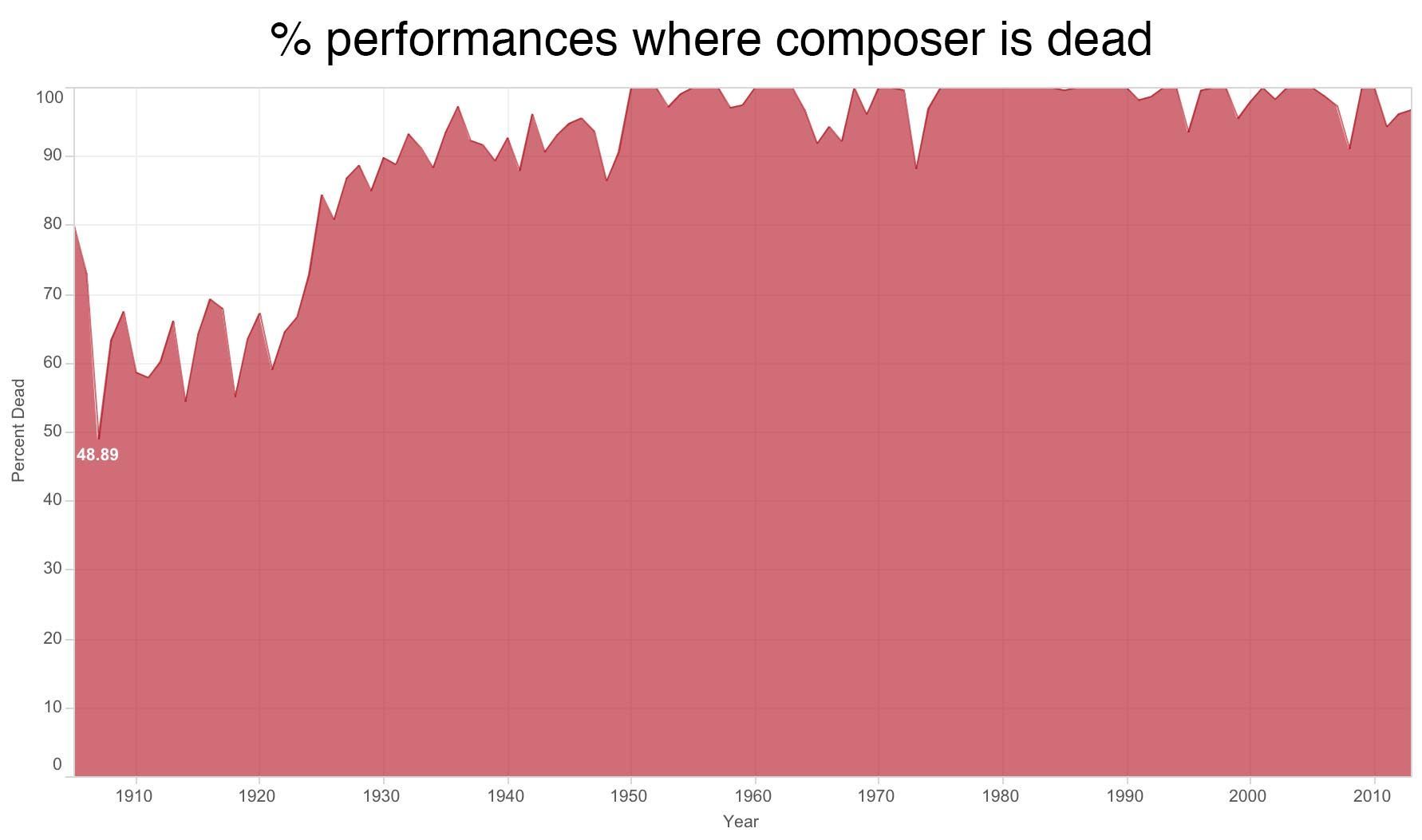 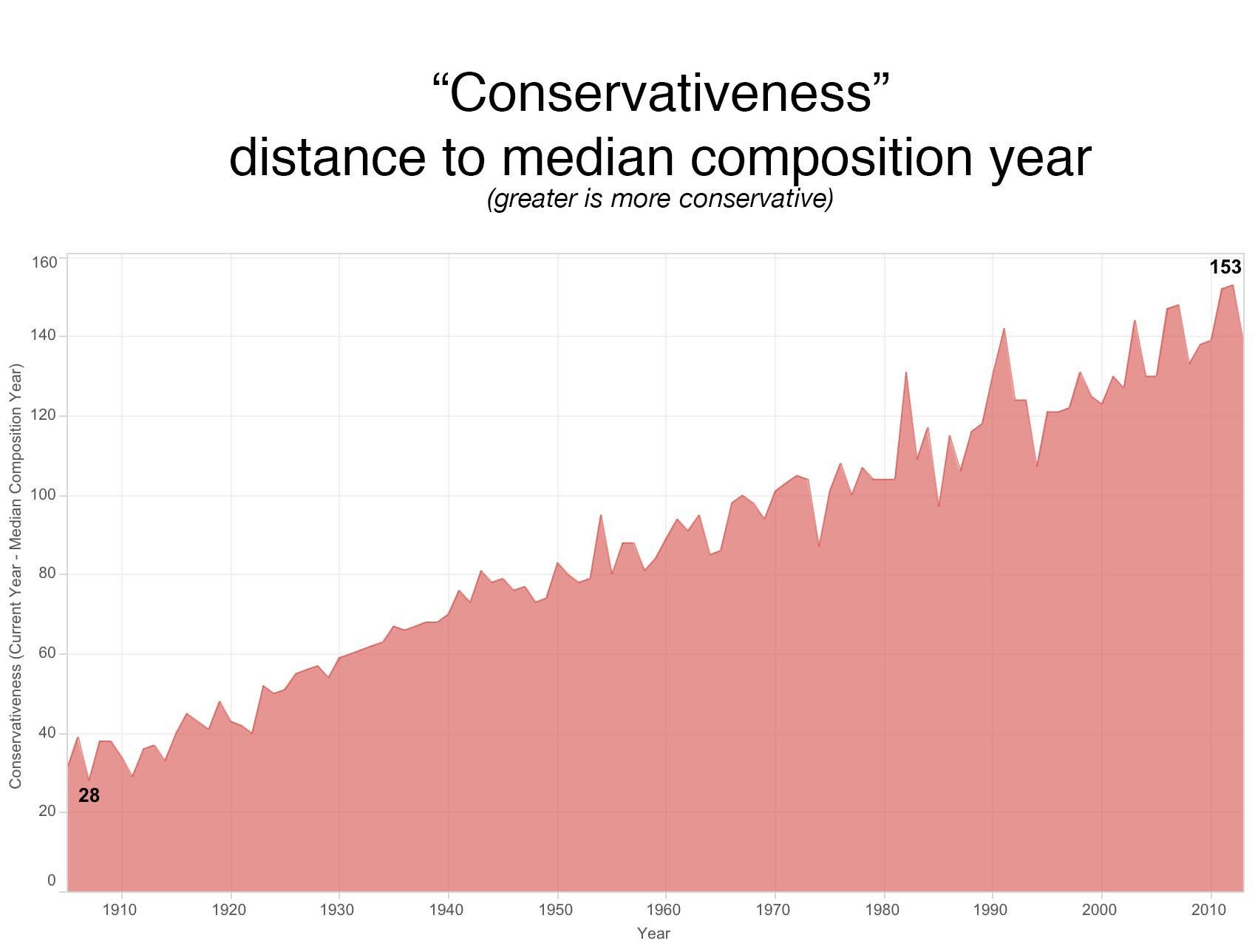 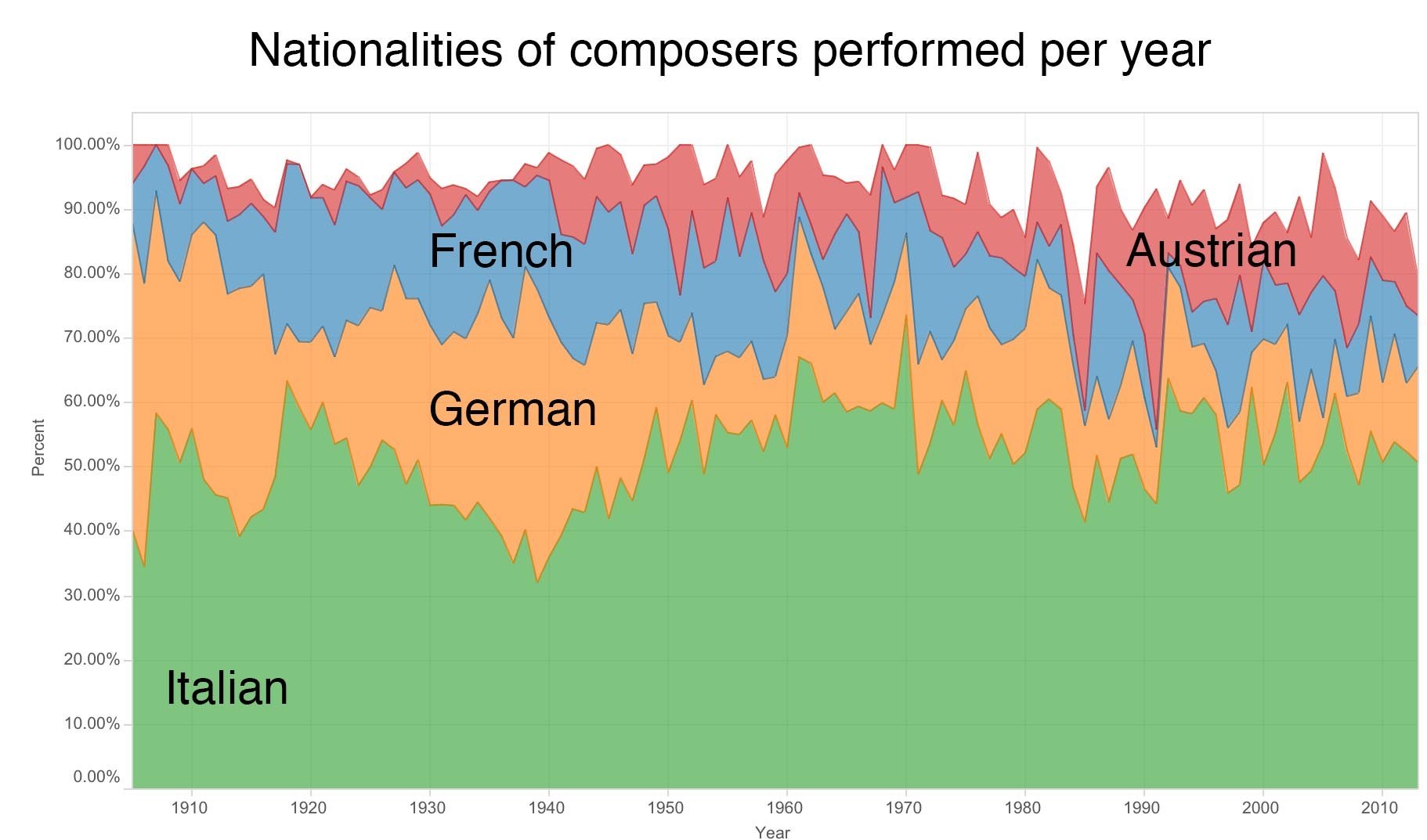 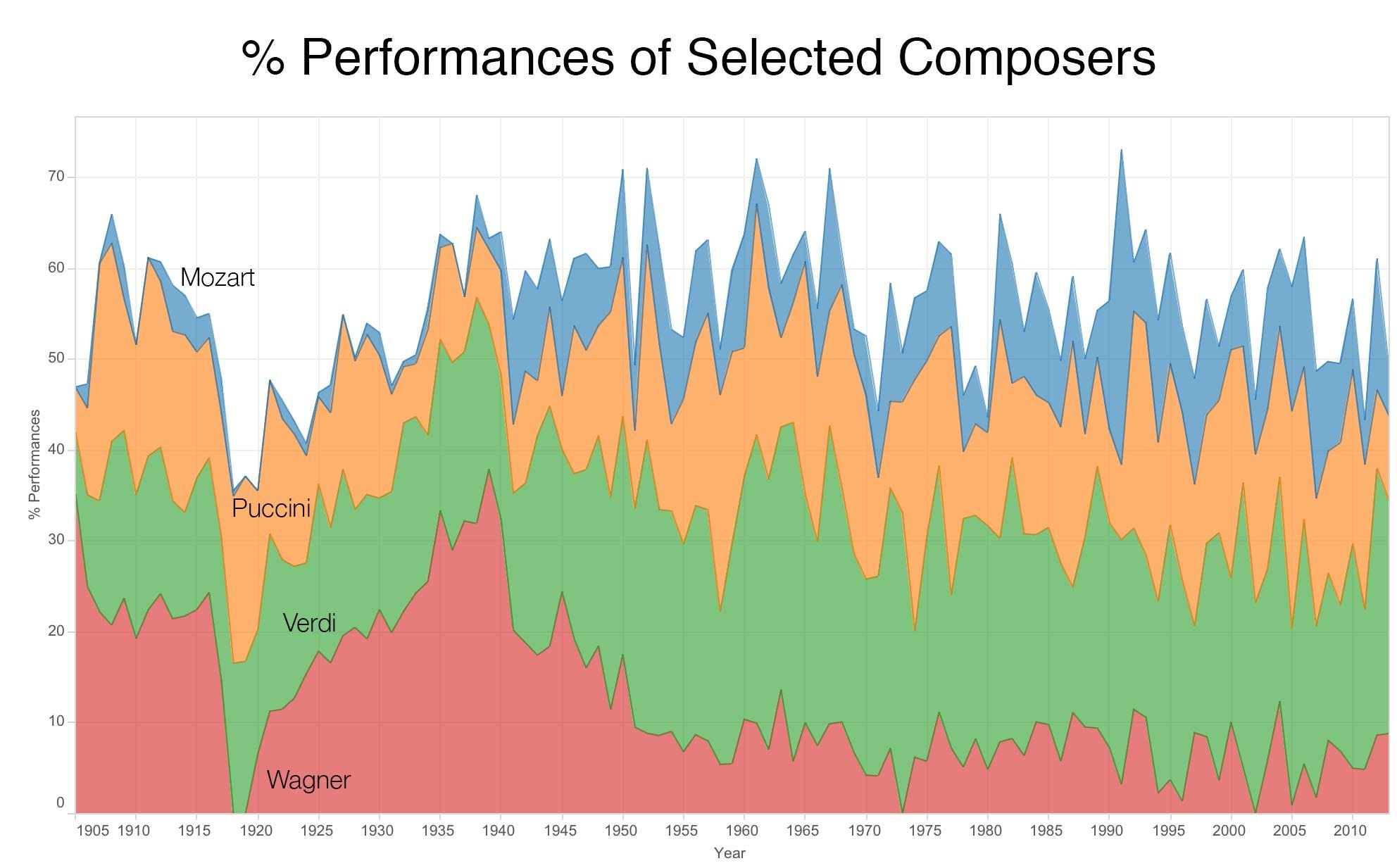 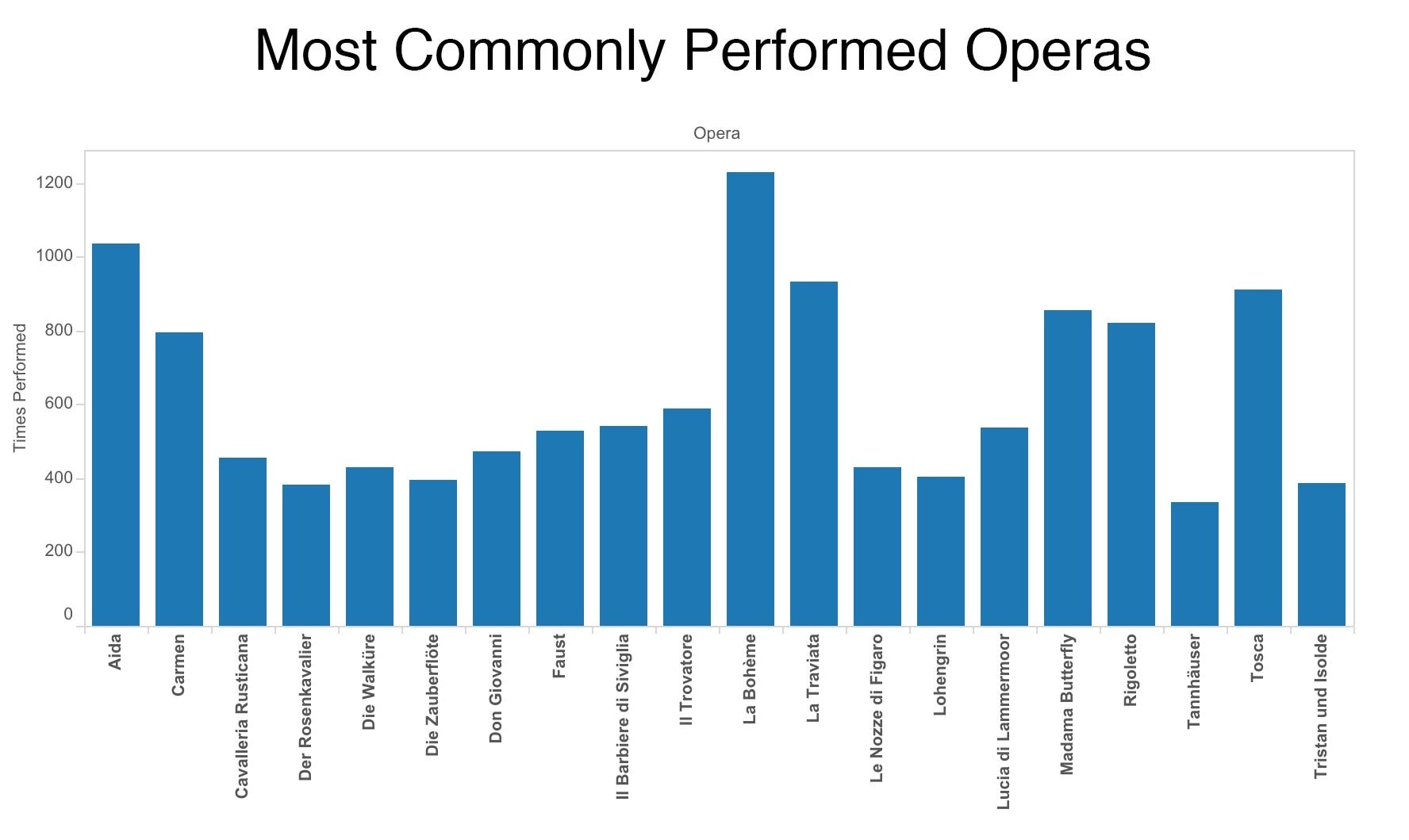 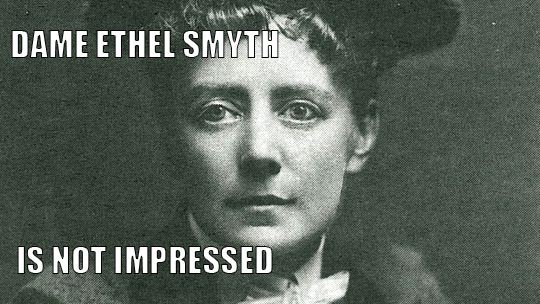 Did you know that bulls cannot see the color red, and matadors attract them simply by motion? Or, that Napoleon was in fact taller than average for his time? How about that the Great Wall of China cannot be seen from space, filing a missing person's report with the police does not require a 24hr absence or that historical Vikings never wore horned helmets?  How  that shaving thickens hair?

Each of these misconceptions are assumed widely, and have spread through popular culture and the media. Yet the team at  Information is Beautiful  debunked these prevalent myths, with the sources and origins scrupulously researched (below).  Whether spreading in virality as a result of folklore (I'm guessing gum and mucous myths), popular perpetuation as a narrative trope or device (think undercover cops or killer pennies) or reinforcing the mythology surrounding a figurehead or celebrity (in the case of Einstein or Napoleon), people and cultures actively accept and spread information that is simply and empirically not true.

Why do we choose to believe these falsehoods then?  Perhaps an oral tradition is difficult to eradicate, or the simplest solution, albeit untrue, is easier to perpetuate than complexity. Or is media and literature inherently deceptive, relying on misleading tropes to create a believable framework?  We are certainly willing to craft mythologies around our heros, perhaps moreso post-mortem. All of this makes me wonder how deluded we actually choose to be.

from Knowledge is Beautiful

If there is one thing I learned while living on the Upper East Side many years ago, it’s that York Avenue is quite a hike from the subway (at least as far as hikes from subways in Manhattan go). That fact can sometimes help keep housing prices down, at least until the 2nd Avenue Line comes in.

All that hiking got me wondering: What residential building in Manhattan is farthest from a subway station entrance?  Is it in the Upper East Side? The Lower East Side?  The West Side?

Well, in the spirit of my earlier Starbucks-Distance analysis, I turned to Open Data to answer that question once and for all. To do so, I merged two data sets, the MTA Subway Station Entrance data set and PLUTO, which gives information on all lots in NYC. I then calculated the distance from the center of each lot to the nearest station.The map of lots colored by distance from subway entrances looks like this (with green being close and red being far): And there on the map lies the farthest residential building from a subway entrance in Manhattan according to my analysis:10 Gracie Square, located at the end of 84th street at the FDR Drive.  It is 0.7 miles from the subway station as the crow flies, or 0.8 miles using the grid.  My favorite part about the finding is that the Penthouse, which I guess is literally the farthest place you can live from the subway due to the longer ride down in the elevator, is currently on the market for $18.9 million, down from $23 million last year.   That’s right, you can pay $18.9 million dollars to have literally the longest walk to the subway in all of Manhattan!  But fear not power walkers, there is also a two bedroom listed with a the same walk but a slightly shorter elevator ride… for $3.75 million.

Update:
I’ve added a Google Doc for you to look up your own residential address and see how you compare to the rest of Manhattan.

Click here to see the large version (1.4 MB).
From IDVSolutions

NYC is a patchwork of ethnicities, neighborhoods, micro-economies and cultures.  Artist Jennifer Hill plays off this "quilt" metaphor, utilizing collage to represent the different districts of each of New York's five boroughs (except Staten Island), including the date in which the borough was incorporated.  You can purchase these posters here.

The Queens Map Print includes the city's neighborhoods filled with a JHill pattern. The year Queens, New York was settled and its coordinates are included.

The Bronx Map Print includes the city's neighborhoods filled with a JHill pattern. The year The Bronx, New York was settled and its coordinates are included.

"Hoagie" is a dead giveaway.

The New York Times launched an interactive American dialect test, and I scored highest on the heatmap between Pennsylvania, NJ and New York City (fairly accurately).  I feel a bit pigeonholed by my sandwich preferences though. 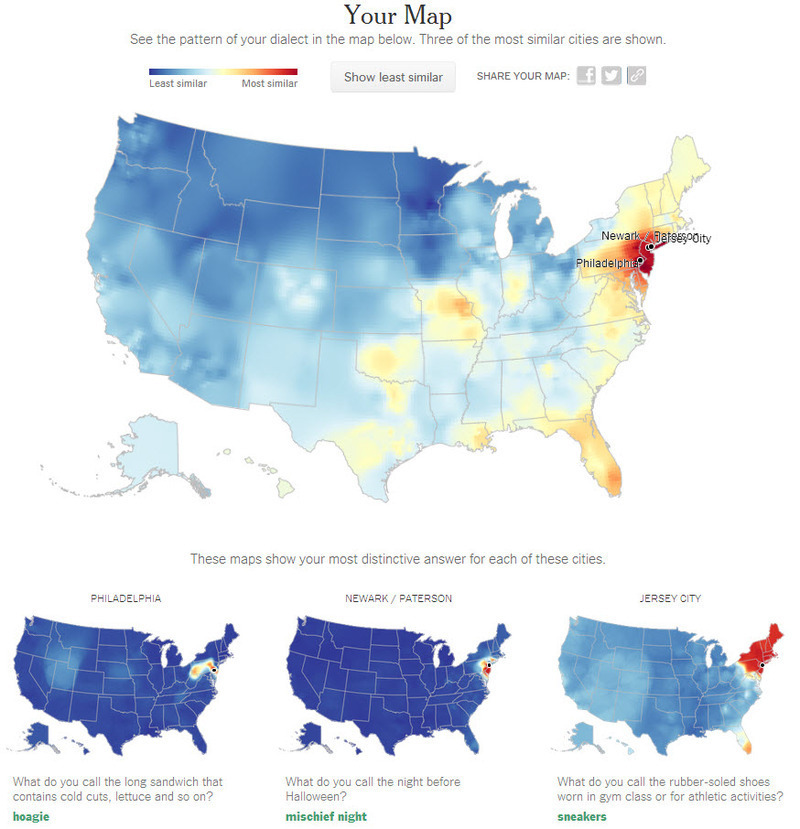