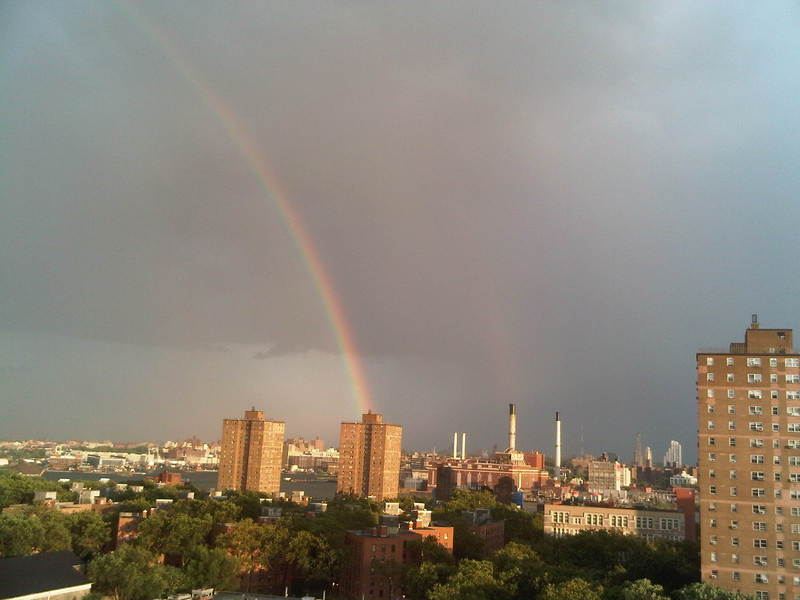 Sent via BlackBerry by AT&T

Question: Have the roles that art and science play in the creation of cartographic products shifted in recent years and over new media types?

In many ways, this is a silly debate that is predicated on a number of problematically subjective concepts. First among these concepts is a set of perceived definitions of broad terms. “Art”, for example, is a vague word, referring to anything from evil magic (Dark Arts) and military strategy (The Art of War) to food preparation (Culinary Arts) and walking while playing a saxophone (Marching Arts). “Science” is similarly difficult to pin down, and indeed can be taken to mean the same thing as “Art”. (OED definition I1 for Art: “Skill in doing something, esp. as the result of knowledge or practice.” OED definition 2b for Science: “Trained Skill.”) When considering pursuits in “computer science” and “web cartography” with respect to “art” and “science,” the definitions blur even more. After all, web cartography cannot exist without the science behind the web, right? And what on earth does “web cartography” really mean?

To clear up my opinions on this debate, I offer the following (admittedly idiosyncratic) definitions, each defined solely in the context of the field of cartography.

Art. The human element of cartographic production. Art enables the creation of maps with a personal, emotional, unique and (to varying degrees) unpredictable lens on the world. The implementation of art in cartographic production results directly in the subjective aesthetic appeal of the resulting image—and, by extension, the viewer’s impressions of the space it depicts. While artistic application in cartographic production may rely on some level of repetition or iteration, it does not blindly rely on templates or presets. “Artistic” maps may be influenced by “fine art” (which is increasingly conflated with and/or compressed into the technology-driven field of 20th century graphic design). Examples of maps that are likely to be influenced by art include one-off manuscript maps, cognitive and mental maps, psychogeographical maps, maps of emotional landscapes, &c.

Science. The mechanical element in cartographic production. Science enables the mass production of maps in all non-handmade media. Science in cartography refers to the technology behind the pen a cartographer uses, as well as his software, hardware and all of the formulas and algorithms that reside therein. Science drives the modern notion of “push-button cartography”. Humans cannot draw or walk in a straight line; the science in cartography “fixes” this (through simplification and generalization algorithms) and gives us the impression that we can and have walked routes straight as a (carbon-fiber) arrow. Examples of maps with high potential to be influenced by science include classed choropleth maps, maps based on remotely sensed data, maps of algorithmically interpolated data, &c.

Web Cartography. Any spatial representation existing on—and intended in some way for—the Web. The largest subset of maps which this definition excludes can be found in digital archives of analog maps, as they were not originally intended for the Web. Web cartography runs the gamut from custom and canned locator maps (and bizarre combinations thereof) to mapping platforms offered up by multi-billion dollar corporations and federal agency geoportals. While the concept of web cartography is often accompanied by images of animated and interactive maps, these are but a subset of all maps served up in this medium.

Spark. This debate (at least recently and insularly) was sparked by my somewhat pessimistic view of art and science as they relate to web cartography. I illustrated this view in a series of deliberately cryptic paper-bag style Venn diagrams, which I posted yesterday. My intention when creating these images was to offer a visual editorial on the way science (or, really, digital technology) has boxed out the ability for would-be cartographers to be truly artistic in the process of map-making for the web. The first diagram showed “hacks” overlapping with “science” and left “art” next to (but not overlapping) either; thus implying that “art” is still in the room, but slightly out of reach. To give this diagram a bit of context, I created another, where I showed the location of manuscript, print and web cartography on sets of two overlapping spheres of “art” and “science”. In this series, manuscript cartography resides near the center of “art” and on the edge of “science”; print cartography includes equal parts of “art” and “science”; and web cartography resides near the heart of “science” and on the edge of “art”. To clarify this standpoint for Venn-diagram-purists, I created a third version, where a circle of “cartography” is added to the mix.

After creating these diagrams and sorting through some much-appreciated feedback, I created yet another Venn diagram (above). In this version, it is not the influence of art or science on cartography that is changing; it is the natures of art, science and cartography that change from medium to medium. I have also removed the thick lines that bounded these three concepts, hinting at the lack of concrete definitions for each.

Before you dismiss this as a cop-out, consider the following: this entire debate is predicated on the assumption that cartography (in some form and at some time) was located at the intersection of art and science. But no matter what form or in what era, this assertion is problematic because there may be no such singular place. If it does exist, what does this intersection of art and science look like? Is it a fork in the road? Is there a blinking yellow light (White 2011)? To base a debate on a place and space that may or may not exist, and that is somewhat difficult to imagine (at least for me), makes the entire debate–if you’ll pardon the euphemism—pointlessly academic.

Opinion. I suggest that if we can agree that cartography existed at an intersection of art and science at some point, it may well still be “there” (or at least in the neighborhood). What has changed are the ways in which art and science are being employed in the creation of cartographic products. Therein lies the source of my frustration. As I mentioned in a reply to Daniel Huffman’s comments on the original Venn diagrams, it is clear that “artistic decisions” can be made quite easily while creating a map for the Web. (How much should I generalize this line? What colors should I use for this polygon? What typeface should I use for these water features?) But in other forms of cartography, the actions that follow these decisions are also artistic—hand v. algorithmic generalization, personal v. “brewed” color choices, hand-lettering v. selecting a preset font. In web cartography, the process is often complete when the initial decision is made.

Not to put too fine a point on it, in closing, I offer a final comparison. Imagine for a moment the analog art of painting a line. The paint colors are determined by the ingredients the artist mixed, the width of the line is relative to the artist’s brush and the amount of pressure exerted upon it, and the route the line takes is an artistic representation of a cognized concept of “line” (which, as mentioned above, will certainly not be perfectly straight). In the digital version of this scenario, the process of drawing a line has been distilled to a set of decisions based on software presets (digital brush, stroke weight, color, transparency, &c.), all accomplished with the click of a mouse. The choices made within these presets can certainly be “artistic”, but we have to admit that some of the “art” that was fundamental in the first scenario is unattainable in the second.

If the science behind the software we use makes these artistic choices possible, is the implementation of the choices more science than art? This is a difficult question to answer, and in the end, it may not be worth answering. Because ultimately, I believe that the intersections (as well as extent and influence) between of art, science and cartography are constantly changing. Perhaps the GeoWeb and new design tools will allow web cartography to move forward in increasingly artistic and personal ways. Or perhaps, we can bring more art back into the mix by refuting black-box, whizzbang tools and returning to manual techniques. Either way, I am not claiming that the art in cartography is “dead” (I’m not that inflammatory, nor do I believe it to be true). I am simply voicing my frustration with the amount of science masquerading as art in cartography.

Call. There it is, my opinion on the state of art in web cartography. And it is only that: an opinion. So, I call on anyone who happens to read this who has an opinion on the matter to write a response. If you have a blog, post it up. Or feel free to submit a comment to this post. Either way, I would love to hear from everyone who has thoughts on this. Heck, make your own Venn diagram or some other visualization.

The Lower East Side invites you to discover some of the best art in New York City during Third Thursdays, a night to discover the diverse art offerings of the area. Area galleries roll out the red carpet, staying open late from 6 p.m. to 9 p.m. on the following Thursdays in 2011:

The Lower East Side Visitor Center, 54 Orchard Street, will be open late on Third Thursdays. Stop by from 6 p.m. to 9 p.m. and pick up our neighborhood guide, complete with dining, shopping and nightlife information.

While you are in the Lower East Side, stop by the New Museum. This contemporary art museum offers free admission from 7 p.m. to 9 p.m. on Thursday nights.

The Lo-Down is the media sponsor for Third Thursdays. Please visit The Lo- Down at www.thelodownny.com for Lower East Side breaking news and information.

NOTE: Collette Blanchard has closed her gallery in NYC and relocated it to Paris, France.

Additionally, since the printing of our gallery guide, Gallery Bar has joined Third Thursdays:

Explore museums from around the world, discover and view hundreds of artworks at incredible zoom levels, and even create and share your own collection of masterpieces.

See behind the scenes footage of the Art Project: