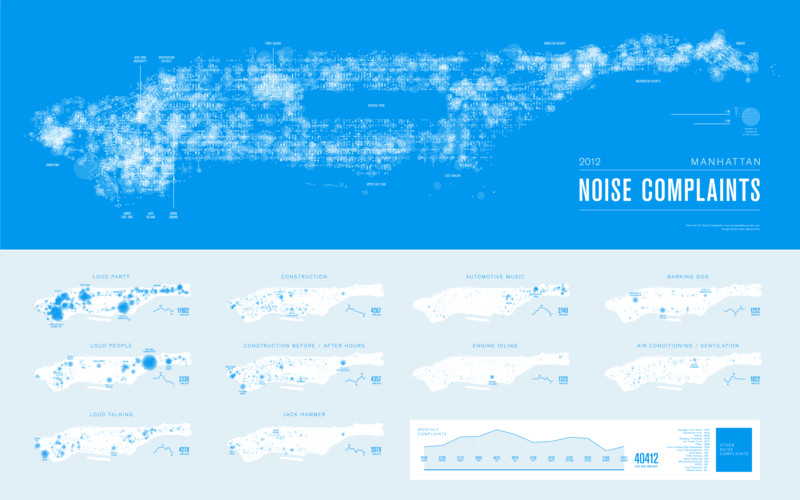 Every day we all see, hear or think of things we need to remember. Usually we grab a pad of sticky-notes, scribble a reminder and put it on the desk, the fridge or the relevant page of a magazine. Unfortunately, if you’re like me you probably often discover that the desk, fridge or magazine wasn’t such a clever place to leave the note after all...it’s rarely where you need it when you need it.

To solve this problem we’ve created Google Keep. With Keep you can quickly jot ideas down when you think of them and even include checklists and photos to keep track of what’s important to you. Your notes are safely stored in Google Drive and synced to all your devices so you can always have them at hand.

If it’s more convenient to speak than to type that’s fine—Keep transcribes voice memos for you automatically. There’s super-fast search to find what you’re looking for and when you’re finished with a note you can archive or delete it.

Changing priorities isn’t a problem: just open Keep on your Android phone or tablet (there’s a widget so you can have Keep front and center all the time) and drag your notes around to reflect what matters. You can choose the color for each note too. 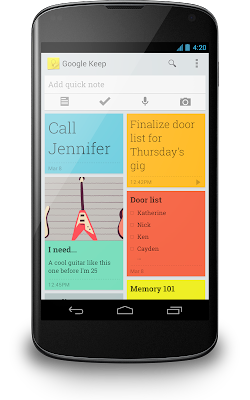 Google Keep is available on Google Play for devices running Android 4.0, Ice Cream Sandwich and above. You can access, edit and create new notes on the web at http://drive.google.com/keep and in the coming weeks you'll be able to do the same directly from Google Drive. 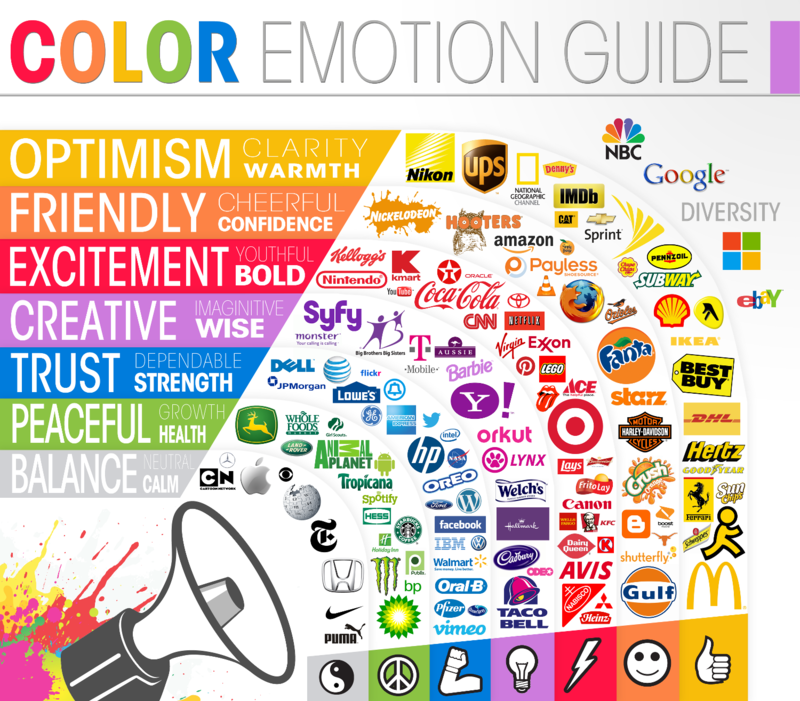 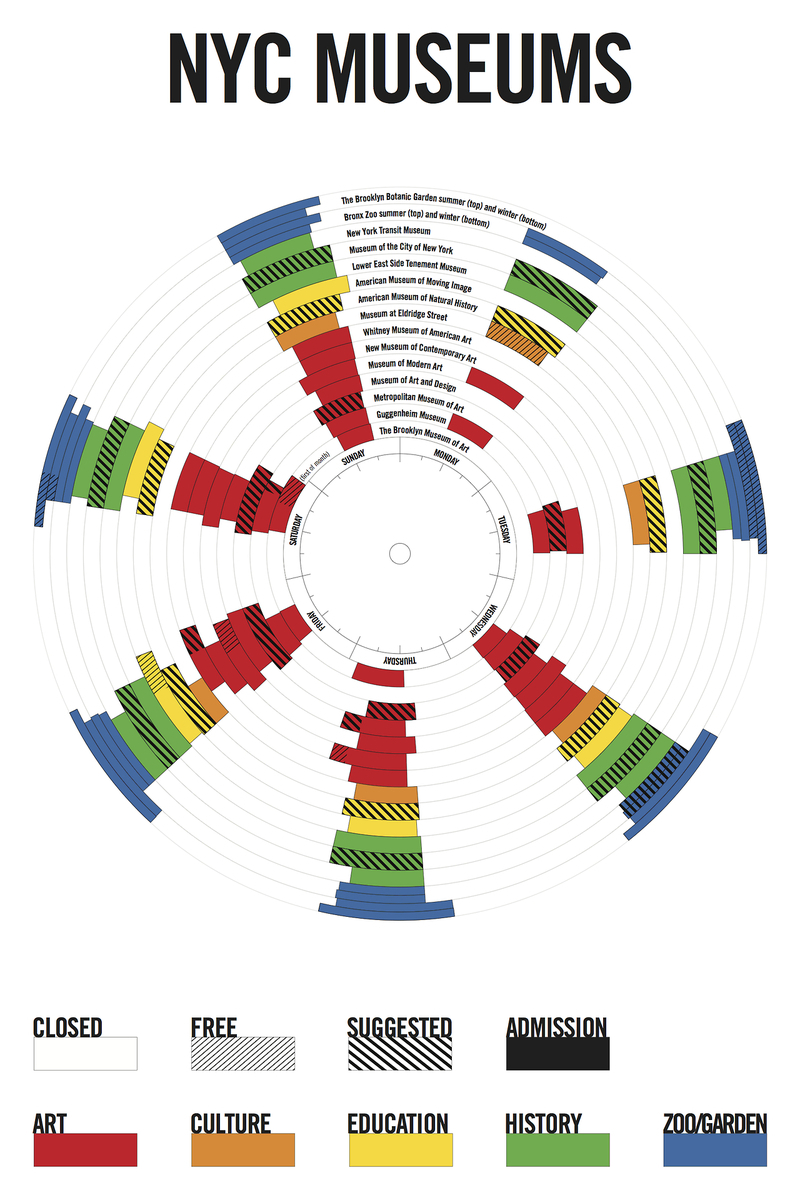 A SERIES OF EXPERIMENTS TO RE-IMAGINE ADVERTISING. A Time of Change

In the 1960's, advertising went through a creative revolution that changed everything simply by partnering up art directors and copywriters. The idea of a creative team made up of art and copy was born.

Today, it’s happening again. We’re in the midst of a second creative revolution, driven by technology. Code is being added to the core creative process, enabling new forms of brand expression and engagement. Art, copy and code is the creative team for the connected world.

The Idea Is Still King

What hasn’t changed is the need for human insights, breakthrough ideas and emotional stories. Code facilitates new kinds of experiences, but it doesn’t replace the storytelling skills the advertising industry has honed over the past fifty years. Our connected world is giving brands more dimensions and touch points, but they still need something compelling to offer in order to create a real connection.

A Series of Experiments

How will the modern web shape the future of advertising? We’re partnering with the innovative brands, storytellers and makers who are defining it to find out.

7 would have a college degree

Food 15 would be undernourished
Infectious Disease

Electricity 78 would have electricity
22 would not 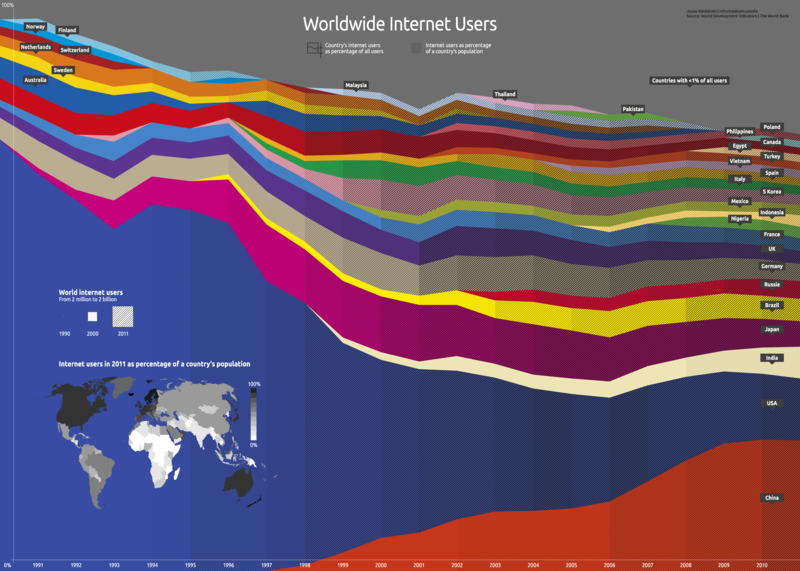