In spite of a recession and foreclosure crisis, the mayor presided over a boom in residential construction, encompassing everything from new aeries for the rich in Manhattan to disappearing vacant lots in the South Bronx. New York has added 40,000 new buildings since he took office, and the census counted an additional 170,000 housing units in 2010, up from 10 years earlier, more than any other city. Neighborhoods with the most growth: post-9/11 downtown; the West Side from Chelsea to Lincoln Square and Central Harlem in Manhattan; the Rockaways, Long Island City and Flushing, Queens; Williamsburg, Bushwick and Bedford-Stuyvesant, Brooklyn; the South Bronx.
Turf War Over Asphalt The mayor fought a war of attrition with the automobile. He sought to transform bicycling from a recreational activity into a real alternative to cars. By 2013, the city had added about 450 miles of bike lanes carved mostly from the city's roadways. Some curbs and medians were installed to separate pedalers from cars, but many of the lanes were demarcated simply with painted asphalt, much as blue paint divided automobiles from pedestrians along sections of Times Square and Broadway. Mr. Bloomberg lost his most ambitious offensive against cars when the State Legislature defeated his plan for “congestion pricing” in 2008, but he doubled down on biking with a popular bike-sharing system this year.
-via NYTimes

Nominative determinism (ND) is the theory that a person's name can have a significant role in determining key aspects of job, profession or even character. It was a commonly held notion in the ancient world.

A related term, to refer to a name peculiarly suited to its owner, is aptronym, said to have been coined by the US newspaper columnist Franklin P. Adams. The distinction between cognitive determinacy and a mere aptronym is seen as subtle but fundamental: i.e. post hoc vs propter hoc. ND researchers are sometimes referred to as comiconomenclaturists — connoisseurs of humorous names.

via Max Roberts, University of Essex

WNYC just created a fantastic transit calculator map for travel time from borough to neighborhood to zipcode in New York City. Just type in a desired address, and you can see average travel times to anywhere in the five boroughs. This is my average travel-time living on East Broadway on the Lower East Side.  The red colors indicate a less than ten minute commute, ranging from purple showing over and hour and a half travel time. 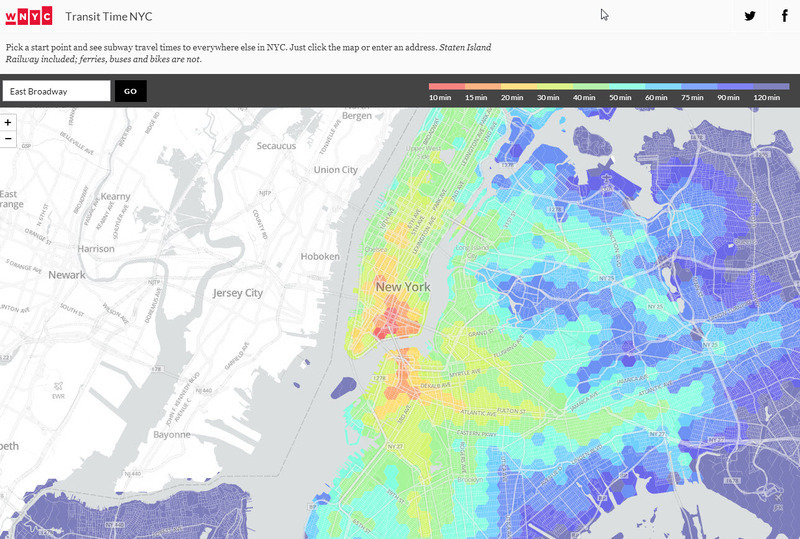 This is a great tool if you're looking for a new apartment in a new neighborhood, but aren't sure about how long you'll spend in transit during your work commute. Seeing the clarity of the regional images led me to work up images for cities, too. Here are three favorites: Istanbul, Tokyo and New York. I like these in particular because of their uniqueness in data quality, leavened by my own qualitative taste. I hope you enjoy them. You can see more cities on our Flickr page. 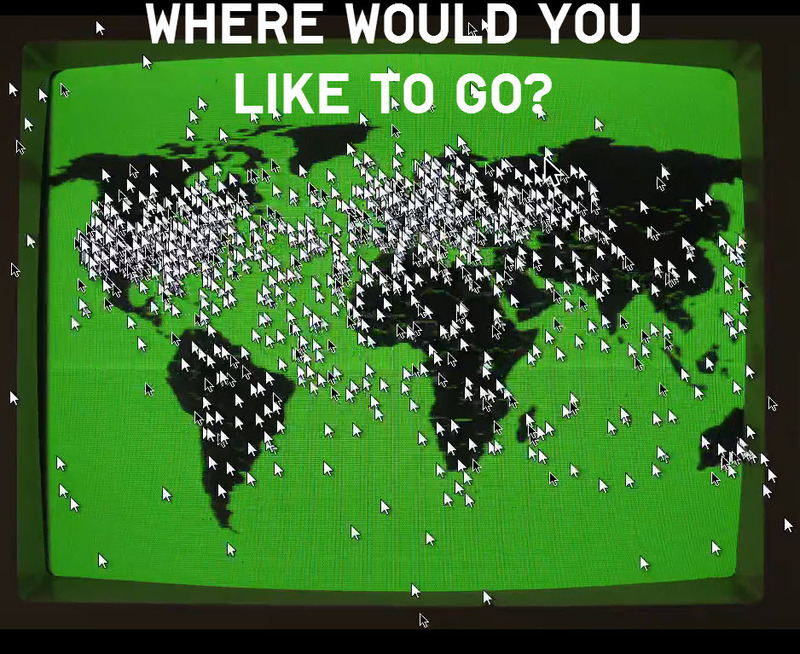 via Bundled, Buried & Behind Closed Doors

I didn't attend the funeral, but I sent a nice letter saying I approved of it. - Mark Twain